As the light slowly seeps out of the sky, birds silence their chirping, chickens hop onto their roosting poles, ducks slip into the water, dogs snuggle into their beds, horses munch on their hay, foxes begin their search for food, and the air grows cooler.

I envied Gemma just a bit as I watched her with Freya.  Gemma's most fervent wish for the last day of the year was to watch the sun set with Freya by her side.  We timed it just perfectly, finishing up working with all the horses minutes before the official sunset at 4:59 pm.  Gemma led Freya out to a patch of grass by the arena to settle in.

Unlike many nights at the barn when the light is almost unreal, this particular sunset was not spectacular.  The sky was full of clouds that obscured the light, and darkness fell without ceremony.  I guess nature doesn't pay much attention to our human celebrations. 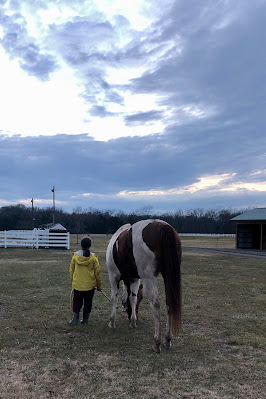 As I picked up our boxes of brushes and put away tack, I expected Gemma to return to the barn pretty quickly to put Freya back out in the field.  But she didn't.  I took my time cleaning up and puttering, but they still didn't return.  I checked on them from the barn, and Freya was happily munching on grass while Gemma was gathering something.  I smiled to myself, because that is what Gemma spends a lot of time doing.  I'm constantly finding bags of nature in our house.  They are full of grass, weeds, seeds, acorns, pine cones, leaves, flowers, twigs, rocks, and sometimes mold because they've been closed up for awhile.  I figured she must have found a pretty flower or a four-leaf clover that attracted her attention.

As time went on, it finally occurred to me that maybe Gemma was going to need a reminder to come in.  It was almost fully dark, and I was ready to head home to warmth and dinner.  I walked out to the arena to tell Gemma it was time to come in, and she excitedly told me about the dandelions she had been collecting for Freya and she wondered if Freya would like them.  I assured her that Freya would love them, but she needed to stop collecting them and take Freya out to the field.

Gemma said she needed to collect a few more and then she would lead Freya to her field.  This not being my first day as Gemma's mother, I suspected I would need to jump start the process.  So I got in my truck and drove out to the arena for a final reminder that it was time to go home.  I gave Gemma an escort to ensure her continued forward momentum, but as we passed the barn on the way to the field, Gemma gasped and told me I'd have to hold Freya.  When I asked why, she said she needed to put food out for a cat that was abandoned at the farm.  He only comes out after dark.  So while she put cat food out, I led Freya to the field and sent her off to assess the damage that had been done while she'd been gone.  (A new horse was added to the field a few days ago, and she is still quite suspicious of him.  She was horrified to discover that Donut was hanging out with him and Star was just standing there, not caring about this enemy incursion.  She had to run everyone around for a minute to remind Donut that there was to be no consorting with this potential murderer, that Star was supposed to DO SOMETHING besides just eat, and that under no circumstances was the new horse to interact with anybody.)

I met Gemma back at the truck and we headed home, with Gemma feeling fulfilled that she had spent quality time at the barn with the horses and spent the sunset with Freya and fed the cat that everyone else feeds too, but that really isn't fed unless she sees it with her own eyes.

I wasn't necessarily feeling fulfilled though.  I was missing my big Friesian and my constant quest to ride on New Year's Day even though the weather always sucks and everyone's plans always fall through.  It looked like that would happen again this year too, with rain predicted for most of the day.

The next day, I ended up at the barn by myself.  Gemma had plans to climb with her dad, and while I wished I could have spent the rainy day at home, I had horses that needed to be cared for.  Star and Freya are both battling significant thrush infections, and I had a new treatment that needed to be deployed.  (I swear I will write all about it soon!)

The barn was full of boarders checking on their horses and choruses of "Happy New Year!" abounded.  I brought Freya in first and gave her a special snack per the instructions of a 9-year-old and treated her hooves.  Then I put her back out and got Star for her snack and treatment.  I ended up chatting a bit with other boarders and hearing how Christmases went.  So it was after sunset before I turned Star back out in the field.

Usually, Donut and Freya are waiting for me when I bring Star back.  Donut is always hopeful that I will be bringing more food, and Freya likes to keep an eye on Donut.  (Which is probably a good thing, because Donut does get herself in trouble sometimes.)  But all the horses, including the new one, were at the round bale, happily munching on hay as darkness fell.

It was nice to have the run-in shed to ourselves as I led Star through the door and slipped her halter off.  Normally, she immediately heads out to the field or to the water tank for a drink, but tonight she didn't.  She stayed with me.  And I remembered a night that seems very long ago when Nimo did that too.  Back then, I guessed that he wanted me to do some bodywork, and it seems that he did.  There were a couple of other times he did the same thing, and I responded the same way.

I wondered if Star might want some bodywork, so I started the Bladder Meridian Technique at her poll and worked my way through her entire left side.  Part of my brain was concerned that the other horses would come and interrupt us, but they didn't.  I settled into the work as the light disappeared.  I felt the warmth of Star's body through her winter coat.  I could hear her deep breathing and occasional sighs as my fingers moved over her body.

When I was done with the left side, I moved to the right side.  Star gave me a little nuzzle with her nose as if to tell me to keep going.  So I took a deep breath and focused on the technique.  More sighs came from Star as I worked through her right side.

After I was finished, I stepped back and looked at Star's head.  She turned to look at me, then shook her head, farted, and sauntered off into the darkness.  I smiled at the fart and was left with a sense of peace and contentment that I haven't felt in a long time.  It wasn't until the next day when it occurred to me that maybe Star hadn't needed the bodywork for her.  Maybe she knew I needed it for me. 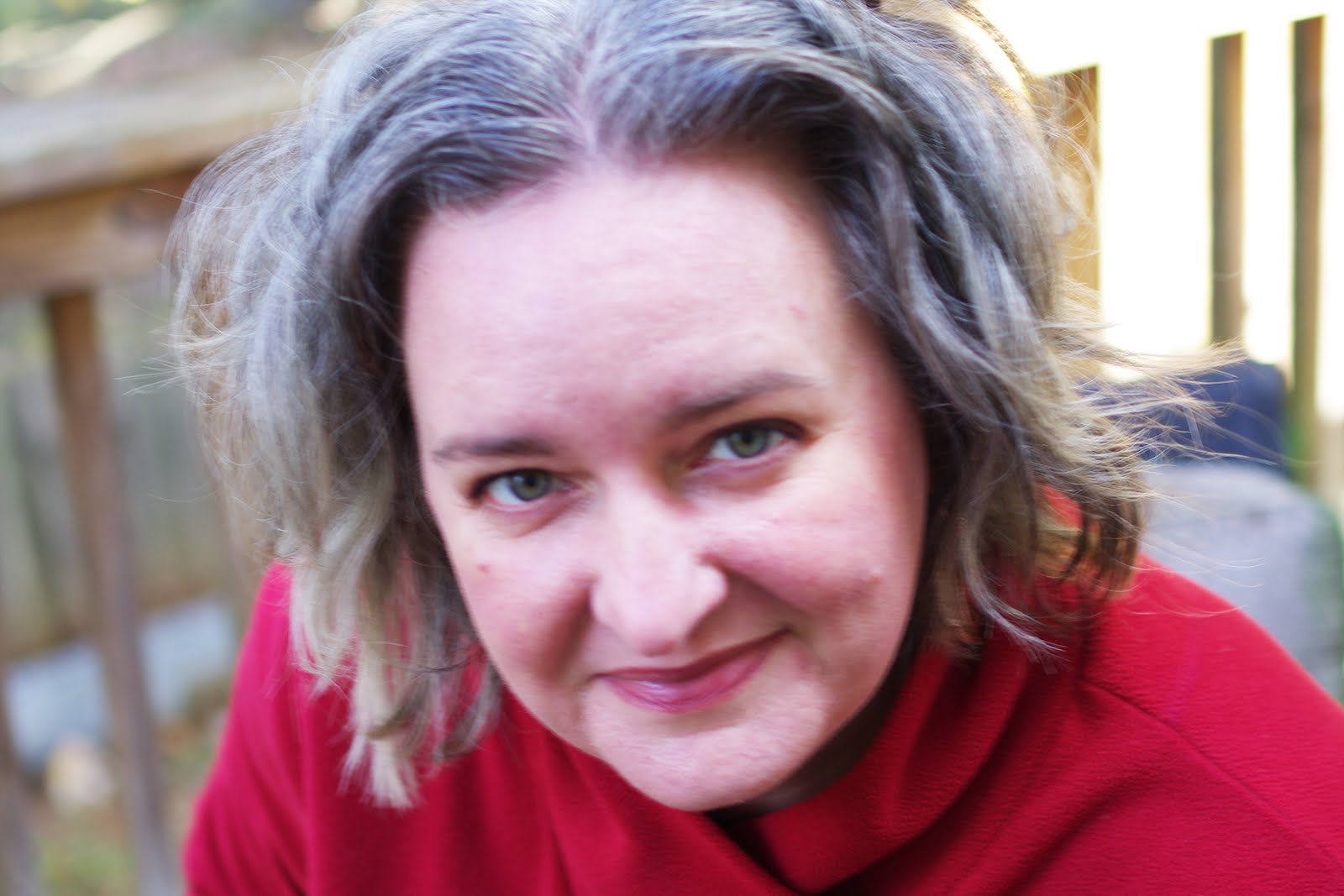 I was lucky enough to get my first horse when I was 11 years old. Since then, I've been blessed with several horses in my life, including two quarter horses, an Arabian, an Appaloosa, a Friesian, and now two Paint mares.